Last year at The John Rylands library, where I work, we had an exhibition called Merchants of Print. The exhibition was of Aldine Press books all printed by Aldus Manutius or his sons. The exhibition was of plenty of old books — all of which are important, the curators assure us by putting them in lovely, expensive glass boxes (although I genuinely don’t doubt they are important, knowing the curators and how hard they research this stuff). The reason why this exhibition is important to our Chetham’s Library residency is two-fold. Firstly, one of the items on display was a fake. The second is that the Aldine prints being brought to the Manchester was a reflection of Manunians creating a new story for their city.

I’ll start by stating I don’t remember who made the Aldine fake, but it was there alongside the genuine editions of Aldine prints. The game was up, however. The curators weren’t pretending this was real. Instead, it was clearly indicated that this was a fake. The reason it was on show seemed to be to emphasise the importance of the Aldine press in it’s contemporary setting. What better way to indicate the contemporary glorification of an artwork or an object then to show that someone was bothered enough to produce a fake? Think of how as soon as a hollywood blockbuster comes out you can find the film on Pirate Bay within a couple of days. This was the ‘The Force Awakens’ of the 15th Century Ventian printing world. A fake being produced shows that there is so much demand for the original that people are prepared to either knowingly buy a copy of the object that is cut-rate, or that they are willing to overlook the lower price of the object or the quality of it to believe the story that they are able to own such an item. Obviously some forgers put a lot of effort into making you believe this object might be real,so they can make more money. This would not be so successful, however, if we didn’t think the original was so great and were willing to believe the story that’s sold to us as well as the parchments, hardback boards and clasps.

As Orson Welles says in ‘F for Fake’ of one of Elmer de Hoey’s fakes, ’one nod from an expert and that canvas word be worth a couple of thousand dollars’. It’s experts like the curators at The John Rylands and academics that decide whether an object is real or a forgery. It’s opinion of authority that determines which stories we believe when faced with objects. As Orson Welles also says in the film, ‘almost any story is almost certainly some kind of lie’. To some extent each search for provenance relies on certain leaps of ‘acceptable’ assumptions. For example. the fact that one owner of a real Aldine was trustworthy enough not to have forged the ownership of previous owners. We, the museum visitor, trust the curators and researchers who must also trust dead academics and owners and people — people as human as the last person that told you a lie. 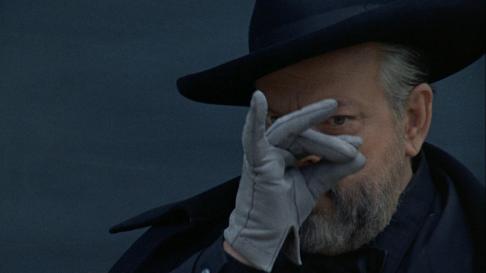 If the story behind an object, whether it is fake or not, is what makes it special then what about why we want those stories. During the 19th century merchants in Manchester became particularly bothered with collecting Aldine prints. Aldous Manutius printed his books in Venice, a city of canals, industry and art. By the 1800s the Manchester merchants believed that the city had become the new Venice. What better way to prove that than to adopt venetian architecture in their buildings and buy venetian artworks and books? These merchants consciously built their own story for the city. They knew that the story of these objects could also build a new story for the city and how it was seen. They understood the power of collectively understood stories and meanings that we end up calling history.

Orson Welles opens his great film, a copy of which can be found on youtube, by stating that ‘almost any story is almost certainly some kind of lie’. He’s right. We can’t verify stories without assuming that other people are also being honest and therefore we have to fill the gaps with assumptions or circumstantial evidence. The risk when we begin to trust a lot of what someone says is that we then become more ready to trust the little lie that’s snuck in, so there’s an economic crisis style level of confidence placed in truth. Eventually it will all fall down when we realise everyone is trading in little lies hidden amongst the truth, maybe, like when we realise the earth is not flat; if anyone ever thought that in the first place. We have a lot resting on the fact that we have a few fakes and mainly authentic pieces. We have a lot resting on the authority of institutions to tell us which these are.